Did not quite get this one finished, purpose achieved though there is an idea here, I did not want or rush the ending.  Seed is planted. 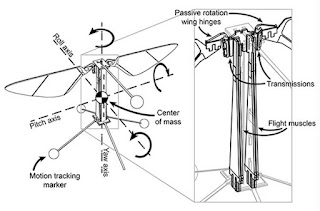 Steve rolled onto his back and looked at the ceiling of his lean to.  It was these moments he missed her the most, no one cuddling into him for warmth, no one caring for him enough to make sure he at least washed the three days of grime of his body before he went to bed.  He was hollow, empty because of the hole in his life she had left when she died.
He sat-up, stubborn, feeling sad, sorry for himself was no way to save the clan, he had to get on, he needed to find out if Wallis had come up with any ideas over night.  Generously, conveniently someone had hung fresh clothes from the rafter of his lean to.  This always happened after he came back from a foray, he wondered who and why for a moment, then stripped his shirt of and moved to the bucket of water outside of his lean to and washed the sweat from his body.
Pulling on the fresh shirt as he walked across the camp towards Wallis’s tent, some people called out greeting him from their camp fires, Steve simply acknowledged them all individually and waved of their generous offerings of food and drink.  It was a cold morning, his breath misting in front of his face as we walked. Pulling the tent flap aside and stepping inside, the cold vanished.  In Wallis’s tent it was alway warm, if not on occasion uncomfortably hot.
Wallis, a man in his mid 40’s, younger than Steve by a few years looked so much older, he was pale, hunched and had a chain of glasses hanging around his neck, “all the better to see with he would say”.  He walked stiff legged, like each step hurt, although Steve had seen him put that pain to the back and fight like the best of them to protect the clan.
Wallis looked up from whatever he was studying ‘Where did you say you found these?’
‘I didn’t. We found these ones near the Seymour town exit. from what I can tell a truck had plowed through a herd of Kanagaroo’s warming themselves on the road’
‘How did you get them?’
‘The usual way, it appears there was so much road kill they were running out of power so they up and flew back to there charging station’
‘Which way did they fly?’
‘North’
‘Very interesting.’
‘What’s interesting Wallis?  I’m tired, impatient, can you please be quick about this’
‘Well the bees you bought back yesterday are from the same swarm as the ones you collected near the Wangaratta town entrance, to me this means their charging and data station is near ‘Violet Town’
‘Ok, so we go to violet town, discover the charger, then when they are out on patrol we smash it?’
‘No, not at all. Watch.’
Wallis pulled out a small black pad and connected two wires to it, the wires running out of his tent roof, and from what Steve could tell into the canopy far above. then he dropped two of the mechanical bees onto the charger, and waited.
‘What is that?’
‘I’m charging them. it’s an old inductive charging pad, it emulates how the bee charger works’
‘Are you mad, they’ll take flight and attack one of us, try to vaporise us’
‘No, not at all, a few did’ he put up his left hand and showed some fresh scorch marks, and open wounds that he had not even bothered to bandage. ‘I’ve programmed them to only vaporise rocks just now, watch’
Wallis pulled a rock from a bag sitting at his feet, and placed it next to the charger and simply waited’ It took about 30 minutes for the first of the mechanical bees to start and take flight, it lifted a mere six inches of the charging pad, scanned the room and then settled.
‘It didn’t work?’
‘Yes it did’ Wallis explained that they are swarmers, that is they will only vaporise something if it has help, it recognises it cannot do it by themselves. A second bee rose hovered and landed, then a third, fourth until all ten bee’s on the charging matt had moved. then as one they rose in the air and descended upon the small river stone Wallis had put on the table. It vanished, they vaporised it as a swarm. The bees then returned to the charging pad.
‘Phenomenal’ observed Steve
‘Yes, it’s odd how the technocrats simply enhanced a good design, adding the vaporiser.  beyond that these things really do behave like the pollinators they were originally designed for during the honey crisis back in 2020.  Once they’ve pollinated, or in the case of these bee’s vaporised everything of the target material in site they return to the hive, that being their charger.’
‘Ok so this is all fascinating, what are you proposing we do’
‘Well, now we know we can reprogram them, I think we could do something creative.  I am thinking if we reprogram the swarm at violet town it could intercept a truck coming from north at Wangaratta, or from the south at Seymour, if we’re lucky we could get it to immobilise the truck at violet town where we will be waiting, and we can do with it what we will.’
‘You know those things communicate continuously don’t you, they will know something is going on as soon as the swarm hits.’
‘yes but if we kill the comm’s first and let the truck keep running it’s route for the hour and a half it takes to get to violet town from either site all of the search and predator drones will be searching in the wrong area by upto 100km’
‘Ok, let’s do it, when can you be ready?’

A week had passed since their initial conversation about reprogramming the swarm. Everyone had been busy, It had been decided that only five would go, Wallis, Jonathan, Travis, Michael and Steve.
Travis Had been out to violet town and back, to find an old diesel, low tech tractor that they could use to remove the truck from the road.  Wallis, Jonathan and Steve had made a couple of quick trips to test the different bees on different substances they knew to be in the trucks.
Although they had only gathered a small swarm of 40 bees they were astounded at how effective they were. One night setting the swarm onto a local farmers antenna and satellite dish, vaporising them. Another night setting the warm onto a trailer coupling they found on an old abandoned low tech truck, again vaporising that and another night, a trickier undertaking was to program the bee’s to detect the electric current that powers the truck. To do this they managed to cut the  power lines to Mangalor plunging the small township into a blackout.
To Be Continued