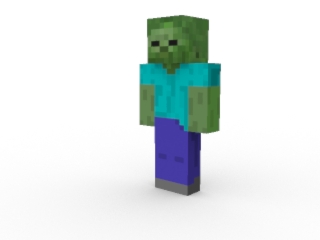 Jelex responded in a flash, drawing her sword and hacking at the zombie 'Thwack', the zombie reeled away from the hit 'EEEEURRR!' Angrier it returned to the opening.     'THWACK!' The zombie fell back again, stumbling and falling to the ground dead.     'OK Mum, lets get going, we've got to get to dads'     'Jelex! You're so brave, why weren't you scared?'
‘Oh that’s nothing mum, Zombie pigmen, and Endermen they are a bit harder.’ 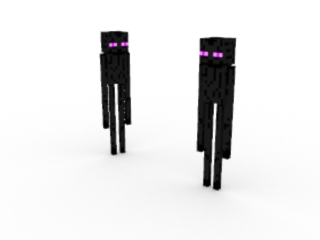 ‘Pigmen? Zombies? Endermen!  I thought your dad said this game was good for you to play.  I think we are going to have to have a good talk when we all get out of here.’

Jelex realised it would be better if she changed the topic. ‘There’s our house mum, c’mon let’s go.’

They rode in silence, neither of them speaking for what seemed an eternity.  The green grasslands they had camped on for the night started to fade. They passed a pond.  A lone spruce tree, some weird dirt towers about four blocks high with a single torch, not on top but to one side.

‘Jelex, what are these poles with torches on one side, always the same side?’

‘What do you mean that’s dad? If that’s your dad why don’t we stop and talk to him, tell him to get us out of here.’

‘No mum, I don’t actually mean that’s dad.  That is what dad does to stop himself from getting lost.  The side the torch is on is telling him which way he needs to go to get back to his mine.  It’s good though, it means it’s not far now.’

‘Is that a lot of work? It seems to be a lot of silly work just so he doesn’t get lost?’

‘Yup that’s dad, see there?’ Jelex pointed with her stiff arm towards a castle coming into site over the horizon.  Well not really a castle but a square block with a steel door, open shelf windows with no glass, topped with a granite fence.

‘That is the entrance to Dad’s mine’

‘Yes it is, dad built that around the mine to stop random monsters sneaking up on him at night, he’s got a bed in there, crafting table chests and more.  Pretty good actually if I ever need iron ore or coal I can always raid Dad’s chests.’

Jelex felt her mother jump off the back of the horse before she saw her running madly towards the mine entrance.

‘Mum!!’ To late, one moment mum was there and the next she was gone.

Jelex jumped off the horse and started to walk towards the mine entrance, up to the edge of a two block wide hole that had formed not far from the steel door.

‘It’s alright mum. It’s just one of dads traps. Are you ok?’

‘My legs hurt and my head is throbbing, like part of it is missing.’

‘Oh that’s only some hearts you’ve lost, nothing food won’t fix.  Remember you got some cooked pork yesterday, eat that. I’ll come get you.’

Jelex picked her way carefully towards the mine entrance. There was no telling what dad had done since she had been here last.  He was always improvising low tech traps or lures so he could knee cap monsters.

As she got closer to the house she built herself some dirt steps to lead up onto the roof of the building, there was no use even trying the steel door as she knew that would be locked from the inside.  Once on the roof she went down the stairs into the room.

Inside, there was no dad, just his bed, crafting table and several chests.  Opening and shutting each chest until she found a shovel. Then using the steel lever to open the door and go out to dig her mum out of the hole.

‘Mum, I am going to dig you out, we’re going to have to be quick though it’s starting to get dark.’

Very quickly Jelex went four blocks out from the hole her mother was in and dug a channel 1 block deep towards the hole, then went out again, came in one and dug the Terence another block deeper three along, and then once more ending in a chunky stairway up, then she jumped back up to the surface ‘C’mon mum, quick, it’s getting dark’

‘Oh aren’t you a smarty, how do you know all of this, how did you know you could dig me out like that?  Where did you get the shovel from?’

‘Mummmmm! Seriously? This is simple stuff.  Come on let’s get inside.’

‘No mum, just go straight to the door, I’ll be there in a tick.’
Jelex ran around to the dirt steps she had build earlier and dug them away, there was no way she was going to let some random zombie break in and kill them in there sleep.  There was no telling what would happen if Jelex died in her sleep, how would her mum ever survive.

‘TSSSSSSSSSSSS!’  Turning she saw the a creeper, a two block talk green and white and black flakey thing with a gaping mouth two dark eyes and no arms, moving towards her hissing. 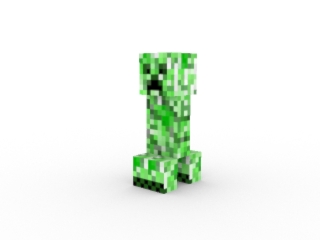 Quickly Jelex hit it with the shovel and then ran away from her fathers mine, encouraging the creeper to follow her. ‘Kaboom.’ Not wasting any time, Jelex ran around the hole that had been left by the creeper and ran back into her fathers mine pulling the lever to shut the metal door.

‘Oh nothing mum, just a bit of thunder.’  They were safe now. It was time to start to calm mum down, and settle in for the wait.  There was no telling how long it would take dad to realise what was going on and work things out.

‘I think we should go to sleep.’

‘Sleep? How could you sleep at a time like this.  Where is your father, you said your father would be here.’

‘You just go over, look at the bed and then touch it to go to sleep.’

With her mother laying down Jelex took a moment to herself, she really did not know if dad would realise what was going on, nor how he would get them out of this.

Jelex searched all of the chests again, looking for the purple bed she had seen when she was looking for the shovel.  Once she found it she went back up onto the roof, set it out and clicked on it.

As she drifted off to sleep, her final though was If dad did not turn-up tomorrow she was going to have to start to train her mum in all things minecraft. 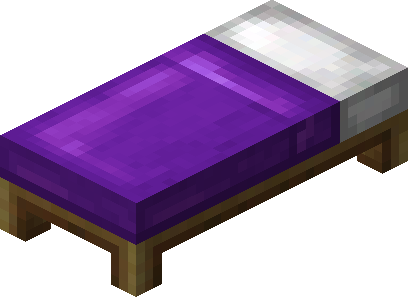 Jelex jumped out of her bed and ran down into the building where she had left her mother the night before, straight into her father, looking as goofy as ever in his iron armor, gangly blue eyes and a pick in his hand as per usual.

‘Why is he standing there just looking at us.’

‘Knowing dad he is probably trying to work out how to type using the controller, he isn’t like us, he can’t just talk like you and I.’

‘We are stuck in the game, mum and me’ 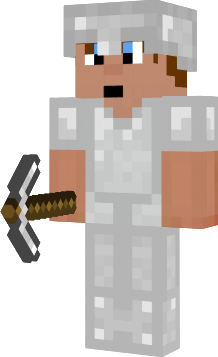 Everything went black, and then light again, only this time it was not the pixelated light of the game, but the natural light of the TV room, and there stood her dad and her mum.

They all looked at each other momentarily and then fell into a family hug, mum squeezing them both as tight as she could with her now bendy arms.

Jelex leant back from the cuddle as much as her mother would let her, ‘How’d you get us out dad?’

‘Oh I just hit Save and Quit’